CNN viewers are outraged at what a black Trump supporter said, and they want to find him 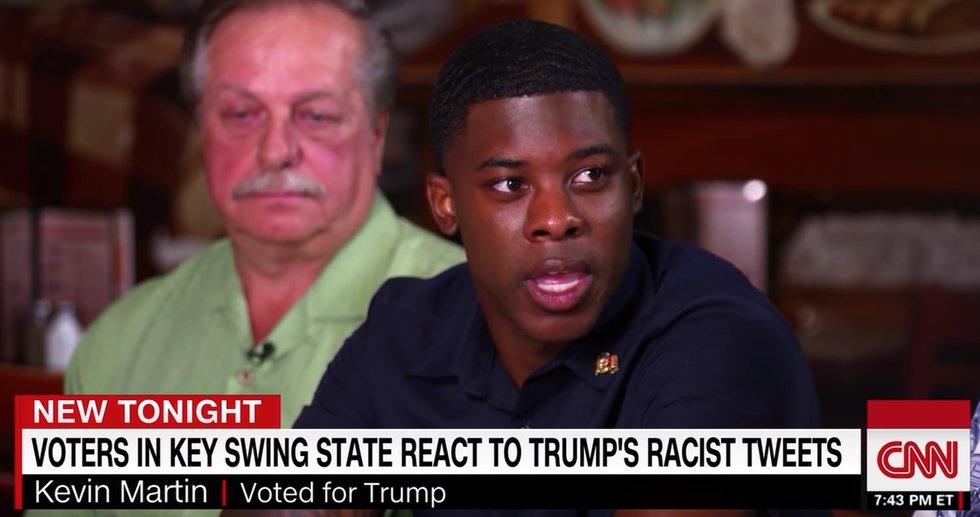 Some CNN viewers were outraged at an interview with a young African-American supporter of President Donald Trump, and they took to social media to express their anger.

Kevin Martin from Pennsylvania told CNN’s Van Jones that he voted for Trump in the 2016 election, and he still planned to vote for him in 2020, despite a few misgivings.

“All this, kind of this, far left talk is kind of scaring me, when it comes to the border,” he said, though the rest of his statement was edited out.

OJ Weighs in on Congress: Wonders 'What's Happening in America'