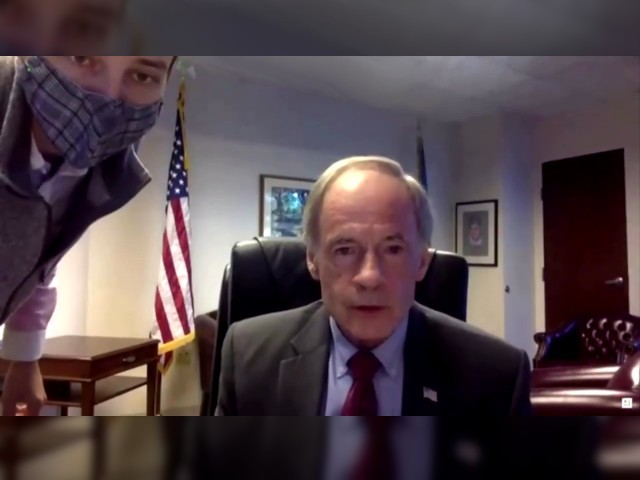 Sen. Tom Carper (D-DE), visibly angry that he lost his spot in line to question the U.S. Postal Service (USPS) chief during a hearing Wednesday, shouted out curses, unaware that his computer’s microphone was still live.

Carper apparently blew up at a staffer for failing to tap him when it was his time to question Postmaster General Louis DeJoy.