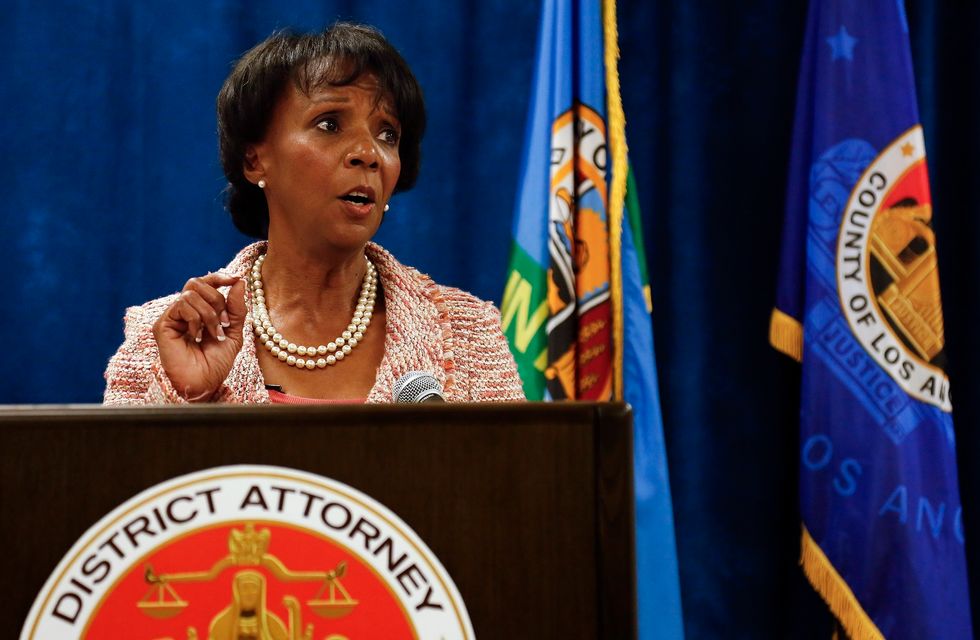 The husband of Los Angeles County’s first black district attorney has been hit with three charges of assault with a firearm stemming from him pulling a gun when an estimated 30 Black Lives Matter activists showed up at the couple’s home demanding to see his wife earlier this year.

The Los Angeles Times reported that David Lacey, husband of L.A. county chief prosecutor Jackie Lacey, was charged by the California attorney general’s office over an incident in early March where he…