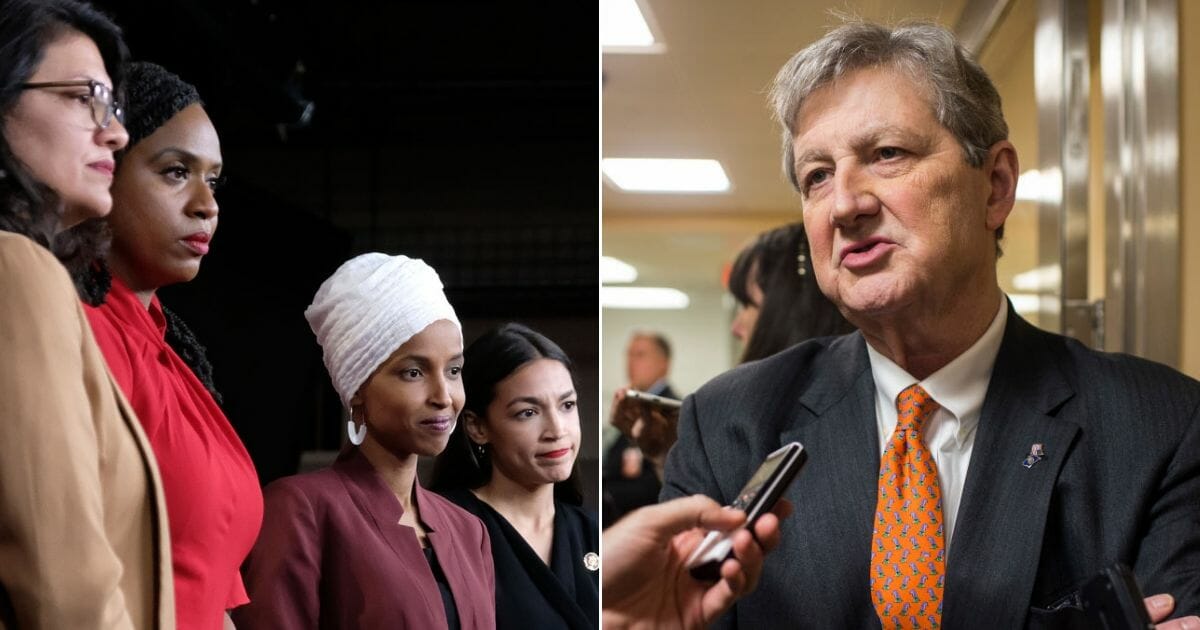 Sen. John Kennedy of Louisiana defended President Donald Trump against charges of racism and described the so-called Democratic “squad” as the “Four Horsewomen of the Apocalypse.”

Kennedy told Fox News’ Tucker Carlson on Tuesday night that he thinks the American people are getting tired of charges of racism being leveled against Trump.

The Republican lawmaker acknowledged Trump was guilty of poor word choice in his tweets over the weekend, suggesting the “Progressive Democratic…