by admin
in Infowars
0

A student at a school in Texas was taken out of class and searched by police after an old photo of him shooting guns with an adult surfaced on social media. 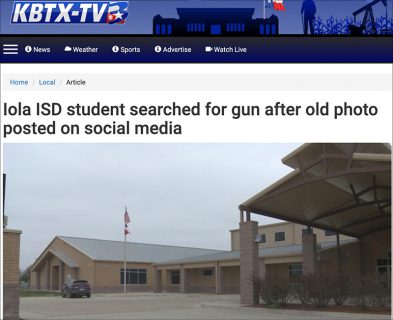 According to reports, the unidentified Iola Independent School District student had posted an old photo showing him holding a pistol and shooting with an adult in the countryside when he was nine-years-old.