Protester Causes Chaos At Trump Event As He Attacks The Squad 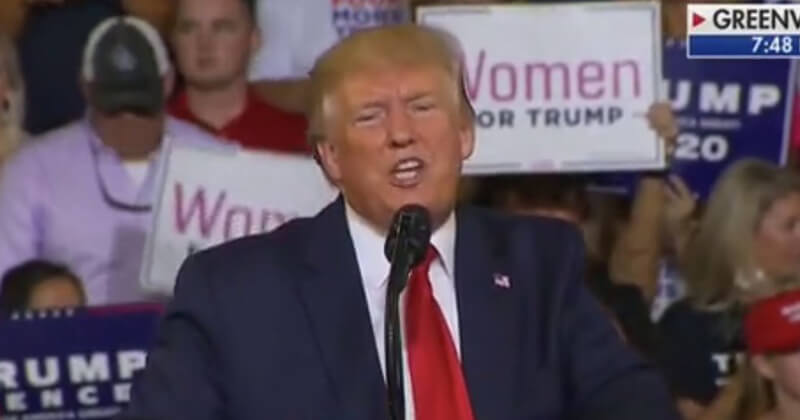 President Trump went after the four Congresswomen known as The Squad again at his rally on Wednesday and then he was interrupted by a protester.

“Republicans know that America is the greatest force for peace and justice in the history of our world, but these left-wing ideologues see our nation as a force of evil.