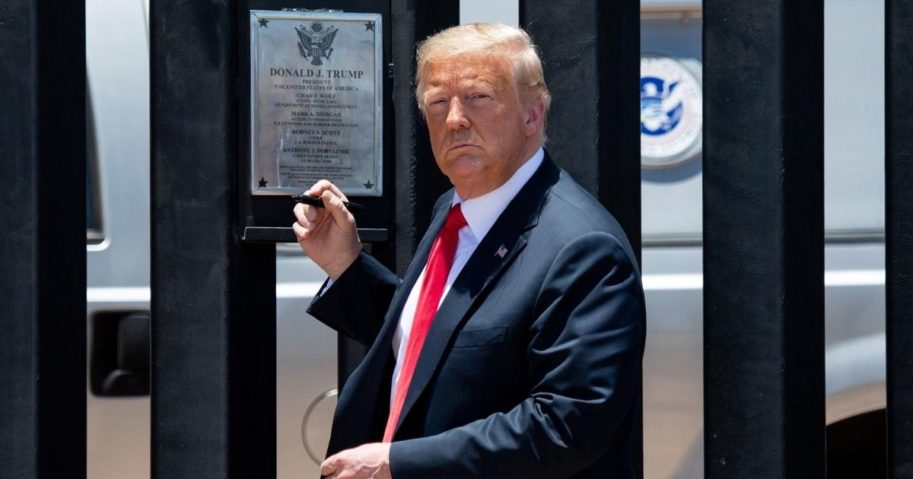 Saul Loeb / AFP via Getty ImagesPresident Donald Trump is pictured before signing a plaque as he participates in a ceremony commemorating the 200th mile of border wall at the U.S. border with Mexico in San Luis, Arizona, on June 23. The White House scored a victory Friday when the Supreme Court rejected a request by environmental groups to halt construction on a section of the wall while it’s being challenged in court. (Saul Loeb / AFP via Getty Images)

Copy Of Michael Jordan’s Rookie Contract Sells For More Than $57,000