Watch Rashida Tlaib Screaming As She Is Pulled From Trump Rally 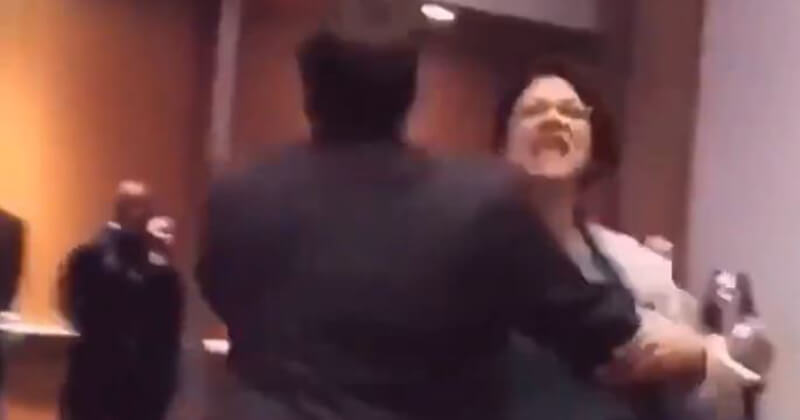 Michigan Rep. Rashida Tlaib has been calling for the impeachment of President Donald Trump from the day she was elected.

She said it to her supporters after her election as she called the president a “m**herf**ker” and promised her son she would impeach him.

That is a promise she has not kept as she does not have the authority on her own to do it but that continues to be her goal.

But video being shared on Twitter on Saturday showed that Rep. Tlaib was unhinged before President was elected.

GA Dem accuses man of racist rant, #IStandWithErica goes big, but guy has surprise in local interview, all on video – The Right Scoop